Last year, while I was watching on line the 1st ISTEK International ELT Conference, I promised myself I would be there at the second one. This year I made that promise come true! And I went there and I had the most fantastic time.

I am not very experienced in international conferences, this was actually my third one but it has certainly been the best so far. And the interesting thing is that people who have been to many conferences agree with this opinion. Maybe because it is a manageable conference, where you can attend interesting lectures and workshops and at the same time actually meet people, interact with them and form friendships and connections.
The program of the conference was really enriching and innovative but what was even more satisfying were the discussions that were taking place after each talk or workshop during breakfast, lunch or dinner!
So because I am still intoxicated by Istanbul and its atmosphere let me just list the highlights of this conference as I experienced it. 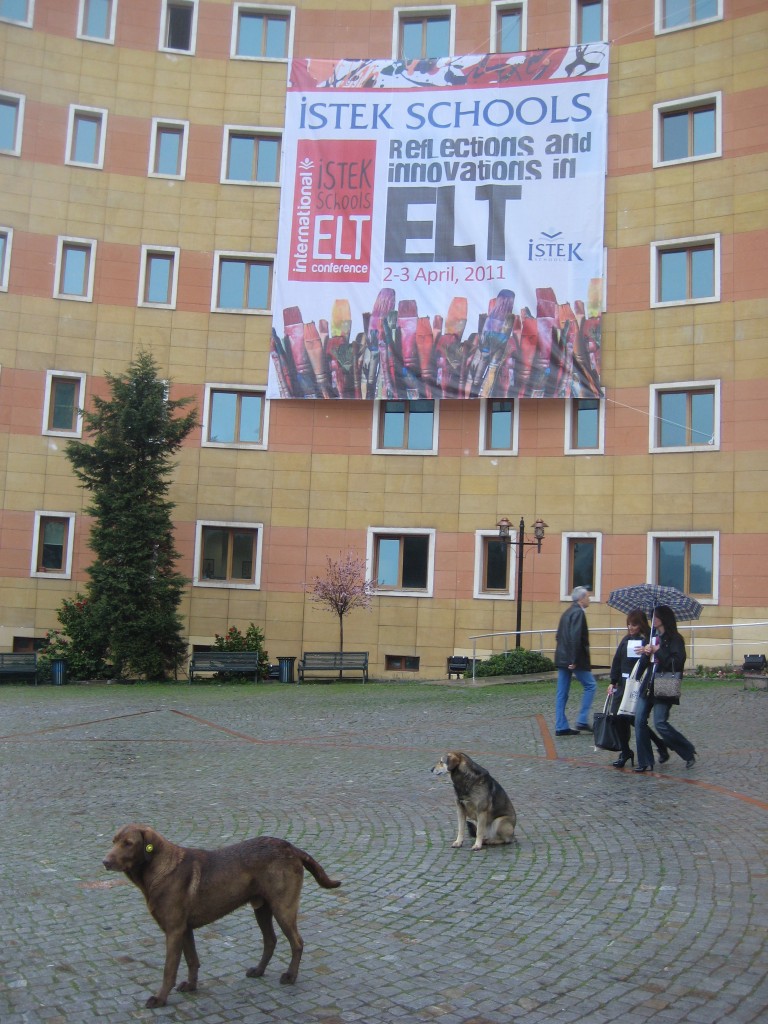 – The private phonetics lesson by Dede Wilson during breakfast. Priceless. I have already used one of her activities to the enjoyment of my students.
– The secret of Shelly Terrell and how she manages to do so many things in her life. I am going to reveal all: Shelly hardly sleeps!
– The amazing stories Jan Blake told to a full auditorium and how she engaged her 1000-people audience into acting out sounds and words and phrases. Nobody was afraid to seem silly or childish; we all enjoyed it and admired her talent and commitment.
– The even more amazing bits of her life Jan narrated to us, while walking in Gulhane Park, on the way to catch a boat.
– Giving a short interview to Mark Andrews, our never tiring Roving Reporter.
– Tweeting live during the plenary talks and sitting next to different people each time and learning from them. Thanks Valentina for Hootsuite quick lesson! 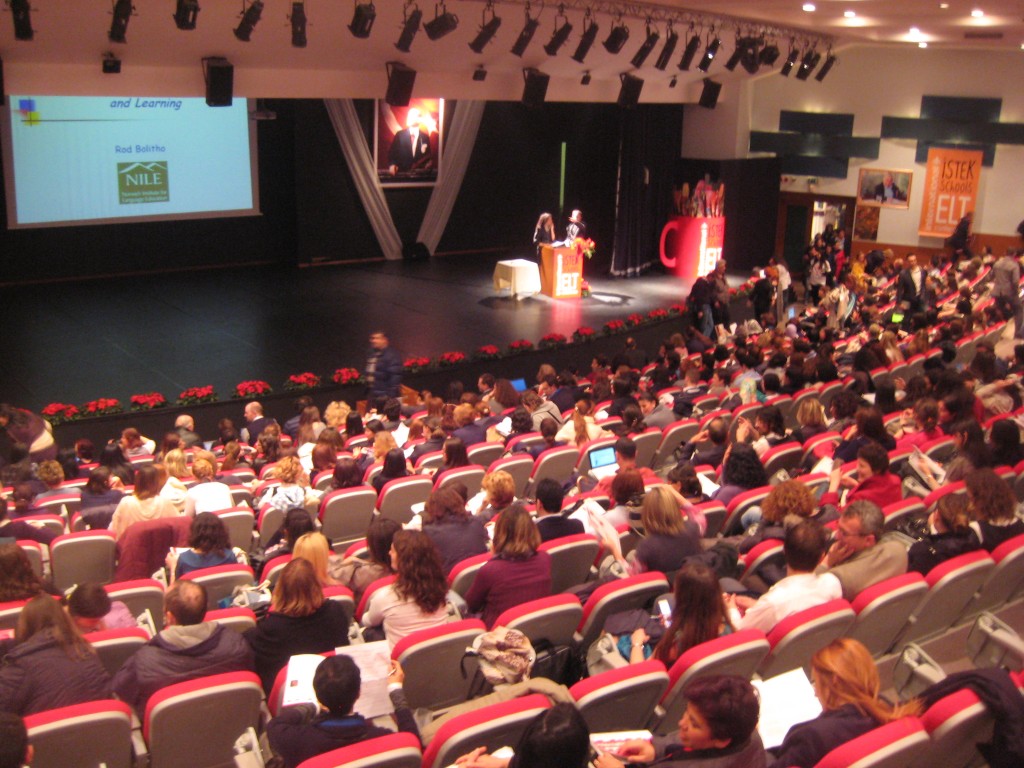 – The discussion with Evridiki on the bus back to Taksim. Vital issues came up: Are (our) ELT gurus getting older or is it just that we are getting more critical of them? Is Facebook as appreciated as twitter or is there a condescending attitude towards it? Do teenage daughters really get dizzy on buses or are they just trying to attract our attention?
– The story of how Nicky’s daughter taught herself to play the guitar through YouTube.
– The late night dinner with delicious pizza we ordered at the dormitory after PechaKucha night. Greek people are infamous late eaters and we proved our reputation right. The good thing was leftover pizza saved us from starvation the next day: anxious for our workshop, Marina and me skipped lunch and coffee and snacks. Thank (any) god for cold pizza!
– Our dancing in Bosphorus!
– Meeting with Joel and Lenka and Julie and discussing our eurolib project, a project I would like to have taken part in, from the beginning. Thank you Joel from bringing me in!
– Joel’s invention of a fountain game!
– Burcu’s organizing, coordinating, motivating and inspiring abilities! What a woman!
– Hospitality at the Conference – we were dined and wined so well we felt like distinguished guests.
– David Hill’s talk on creativity in the classroom. An old skool talk that showed how a teacher can be absolutely captivating even without slides.
– Ania’s workshop on drilling was funny and demanding at the same time! Hard work trying to learn Polish!
– Meeting Arjana, Julie, Eva, Joel, Evridiki, Mark, Rakesh, Ed, Mike, David, Luke, Claire, Elizabeth, Ilia, Ania, Mark, Nick, Helen, Shirley, for the first time in real life. Most of them I had met on line before and real life just proved that the friendships we form on line are usually with like minded people whom we would like to meet face to face as well. 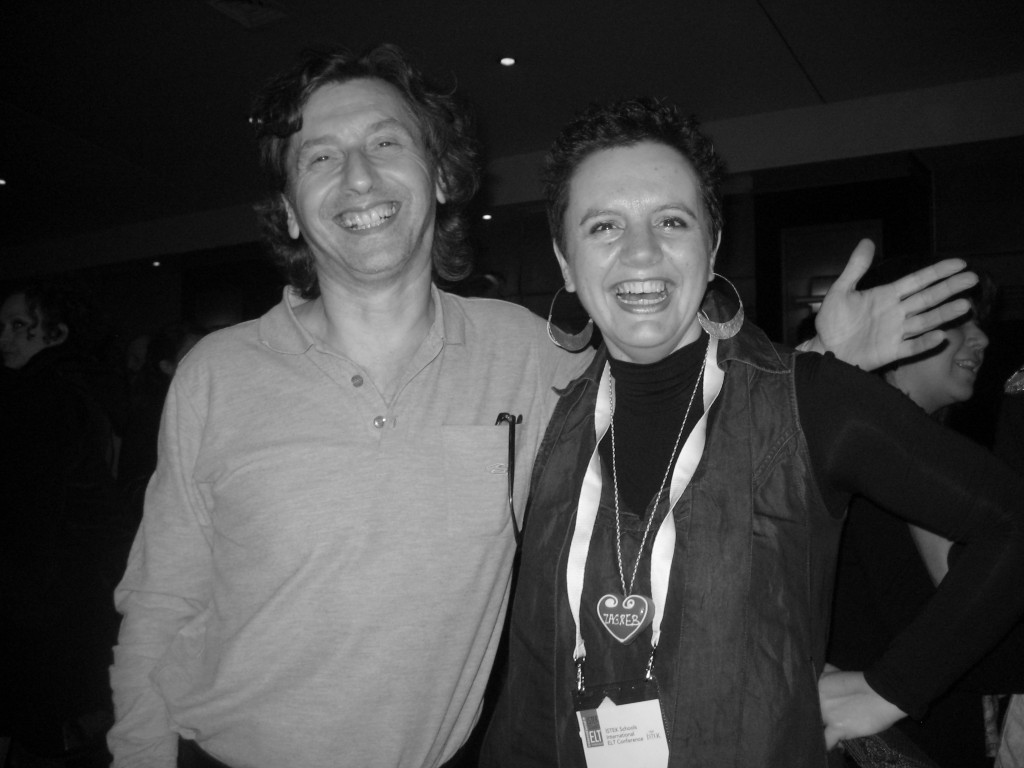 – Meeting Shelly, Petra, Marisa, Jamie, Gavin, Nicky, Ken, Dede, Sue, Lindsay, Russell, Ozge, Beyza, Burcu, again. I had only met them last year briefly but they already felt like good friends!
– Meeting Sebnem again and sharing her joy about her talented 15-year-old daughter whose film premiered that week in Istanbul!
– Talking with Russell Stunnard and proving once more what a small world this is: we managed to find when our paths had crossed again, many years ago in Seville and we even have a common acquaintance!
– Working with my school advisor, mentor and friend Marina. Thank you for everything!
– Above all: Magnetic, enchanting, colourful, intoxicating Istanbul, metropolis of the south. Teşekkürler!

UPDATED: You can find more accounts about what this phenomenal conference was like here:

– Mark Andrews: Our star roving reporter keeps uploading videos and reviews from the conference even a week later 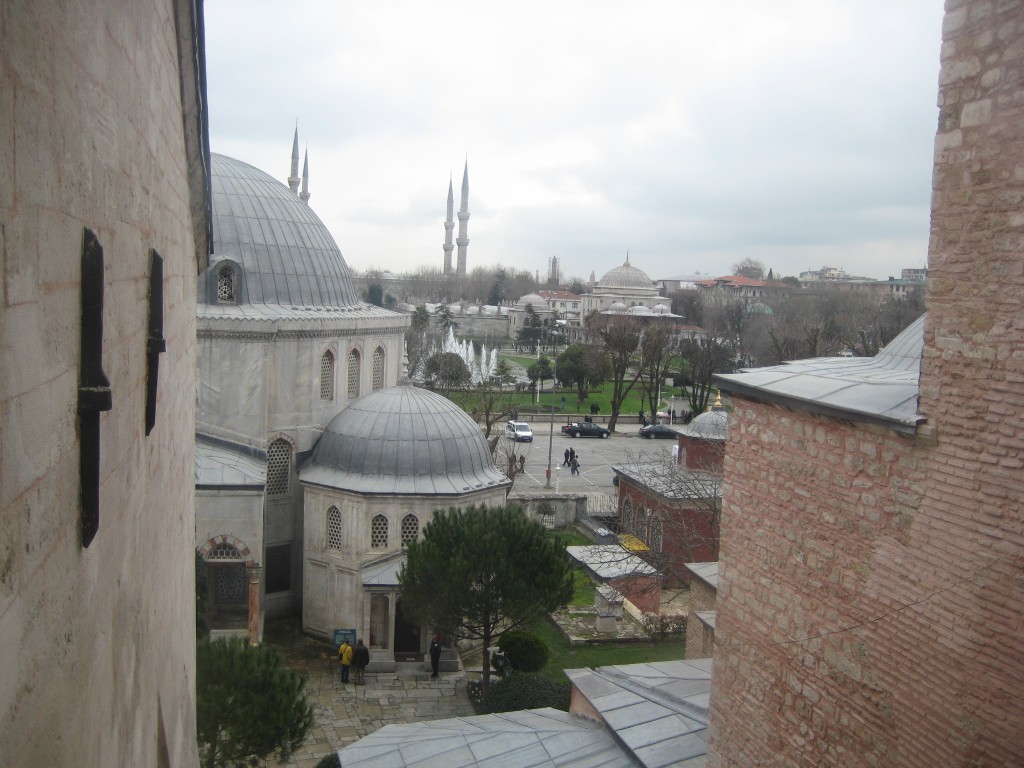 I have never met Mark Andrews. But last year one weekend at the beginning of April we were both attending virtually the 1st ISTEK ELT conference in Istanbul and tweeting about it and then blogged about it, each one from our respective countries, him in Hungary and me in Greece. It was a fantastic experience: we weren’t there but we both felt  the electric atmosphere. I remember looking at photographs reading the posts in the various blogs, following the presentations all from my kitchen in Larissa. I was really envious for the people who were actually there and I promised myself that if I went to a conference the next year that would be it.

A few weeks after that I went to the IATEFL 2010 Harrogate conference, my first international conference, the first time I presented at such an audience, a magnificent experience all in all. But to be honest, maybe because I didn’t stay long, maybe because I wasn’t so well connected back then, the social part of the conference seemed to be somewhat lacking in comparison to Istanbul’s. So the desire to go to ISTEK never waned. Not only that but as the organizers kept informing us about the stunning line up of speakers, it kept getting bigger.

Forward one year later, December 2010. Proposals for Istanbul would open soon ( I kept pestering Burcu about that, so I had inside info) and I was stuck for ideas. No matter how many (thinking) hats I put on I wouldn’t come up with anything. But inspiration works in strange ways so during one long drive to Karditsa to attend a presentation of the Finnish Educational System,  I had the idea to suggest to our school advisor to make a proposal together. Before we arrived in Karditsa I had the first idea formed which we later developed and improved.

Forward to last Monday: a message from Burcu telling me that my video for the Roving Reporter Competition was one of the top three submitted, and it was up to the people now to decide who was going to go to the ISTEK as a reporter. ISTEK is going to cover expenses for the Roving Reporter and the Reporter will have to cover the conference, write, blog, or vlog, tweet from there to the best of their abilities.

I can’t begin to describe how happy I felt, how honoured, how enthusiastic! And the company was fantastic too! I don’t know Sabrina yet, I just discovered her blog, but to be in the same group as Mark, this is Serendipity if nothing else!

And another thing: a few hours ago Mark blogged his feelings about this competition. Personally I’m not very competitive, I am more for cooperation and if I could I would send all three of us to Istanbul. But he says something about this being like taking part in X-Factor or some other show like this that I want to comment on: Whenever I have watched programs of this kind I usually make fun of how all the participants are so touchy-feely and all for fair play, and so on an so forth. I never thought it was true. However, this is exactly how I feel about Mark: I like his video a lot and I am sure he would make a great roving reporter.

So if you want to help us go to Istanbul you can go to Burcu’s blog and vote for one of us. Vote with your heart and you mind, vote as you like, I am certain each one of us has something different to offer to the event and whatever choice you make is going to be for the best! 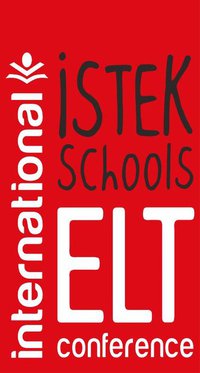