I just got a Kindle. I was resisting the temptation for some time now, but as the saying has it, the best way to eliminate temptation is to succumb to it, so there you have it: My Kindle is here and I’m trying to get the hang of it.

Last night I was reading David Crystal’s book “Just a phrase I’m going through”. I’ve read other books of his and I love his sense of humour and his ability to explain plus his academic expertise. Especially this one is like a biography of us all because he describes how he became a linguist and I’m sure his experiences will echo with a lot of us.

I haven’t read all of it yet, just the first 40 or 50 pages but already I have made notes on things that have reminded me of discussions we are having here:

“It must be helpful to have some acting in the blood if you’re going to end up a linguist. When you learn a foreign language you adopt a new persona. You don’t just talk differently, you hold yourself differently, you look different, you talk about different things and in different ways. “I think you always feel braver in another language” said Anita Brookner, in a newspaper article a few years ago. This must be why there are so many quotations around by famous people explain that they use different languages for different purposes such as former UN secretary-general Boutros Boutros-Ghali’s comment: “When I have tense relations with my wife, we speak in Arabic, When we talk business then we speak English. And when our relation is better, then we talk French.” ….Emerging into a new language is just like entering into a new character. You learn its foibles, its strengths, its weaknesses. And when you try to speak it, you have to enter into the activity totally, otherwise you will not be convincing….”

In Tyson Seburnt’s blog we were discussing something similar about role-playing and the importance of names. I agree with him that we teachers shouldn’t try to impose anglicized names to our students just for our convenience. But I also suggested that maybe our students (especially the young ones) want to take up a different name because it gives them a new identity to play with, and it (probably) makes language learning easier.

So, that was it. Just in chapter 4 of the book and already so  many connections with so many teachers in so many places. Enjoy you Sunday wherever you are and I’m going to my veranda to keep on reading. 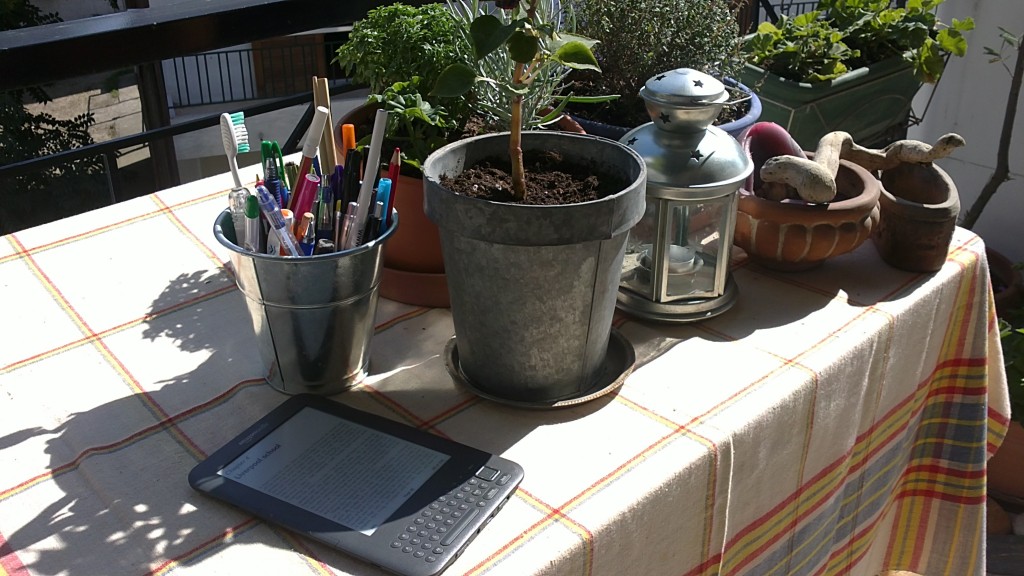